Between the 16th and 18th centuries the Ilha Grande bay was the stage for countless battles between corsairs, imperial invasions and pirates. Today, divers have the rare pleasure of exploring one of the world's largest concentrations of shipwrecks including European Galleons. The "big island" is characterized by a mountainous topography, lush vegetation and stunning beaches.

Shipwrecks
Six of the sixteen ships being investigated have already been registered by the Angra do Reis Subaquatic Investigations.

Laje do Guriri
Located on Castelanhos, here you will encounter a massive cave with several entrances where cracks in the rock reveal prisms of dancing sunbeams

Helicopter Shipwreck
In the Laja do Mataríz, you will explore this wreck at a depth of approximately 25 ft.

Dos Meros Island and Jorge Grego's Island
There are many other excellent dives near Ilha Grande, however, the two listed above generally offer the most varied and colorful populations of sea flora and fauna, and dolphins are sighted regularly


- How to get there
The time from Rio to Ilha Grande is approximately two and a half hours by bus, or slightly shorter by car. The bus to Mangaratiba, followed by a short boat ride is another option.

- The best time of the year for diving: All year round. 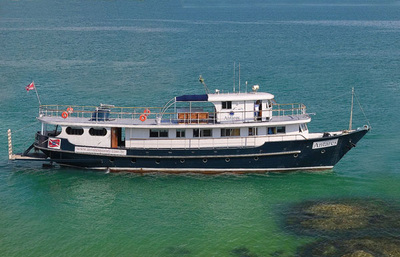 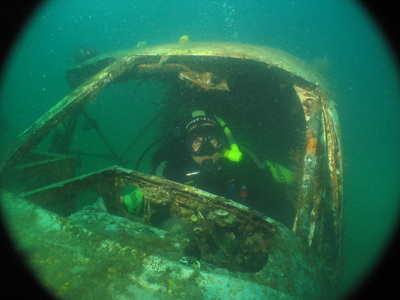 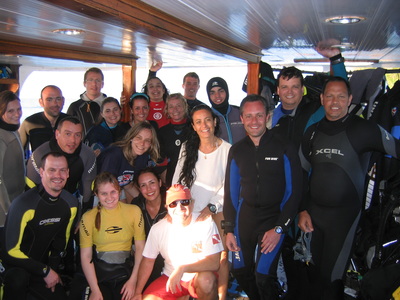 This lovely chain of islands is the choice destination for those in search of understated luxury. The islands offer heavenly pleasures for all levels of divers, both on land and at sea.

- Below you will find a list of the best dive spots near Angra dos Reis.

Ilhas Butinas
For beginners the Ilhas Butinas is recommended. They are two small islands connected by a channel and surrounded by clear and shallow water, offering excellent visibility of brilliantly colorful fish.

Gruta do Acaiá
The Gruta do Acaiá provides a fantastic shallow dive. Inside the cave the sunlight and water create soothing shades of turquoise and amethyst.

Pinguino, Califórnia and Aquidaba Wrecks
Angra dos Reis is also a popular destination for wreck diving. The excellently-preserved Pinguino, located in the Baía da Ilha Grande, is one of the most famous wrecks in Brazil.

Other renowned dives include the Califórnia and the Aquidaba.

- How to get there

Angra dos Reis is 94 miles from the city of Rio de Janeiro.
Approximately 2 hours by bus or car.


- The best time of year for diving: all year-round.